When I reflect on 2014, I realize it was a year that began and ended with art. Along the way, some lovely travel was sprinkled in.

I love interaction with other artists, so what could be more satisfying than working with a group of adults teaching experimental painting. My workshop at Gloucester Arts on the Main was the first of many I taught or took during the year. I was happy to be part of Mary Anne Beckwith's class in Boone NC in August and, as always, enjoyed Karen Eide's encaustics class at West Point. In December, I taught my experimental painting class for Arts Alive in West Point.

Along came February-March and off we went to Palm Beach FL and Jupiter for St. Louis Cardinals Spring Training. We stayed two weeks and got to watch so many of the young rookies, including Oscar Taveras, the talented superstar of the future who later died in a tragic car accident in October. In the dugout photo below, Taveras is facing first baseman, Matt Adams, 32. Spring training is a special time when everyone is hoping and dreaming of going deep into the post season. The Cardinals came within one game of another trip to the World Series.


Late March, I put on my writer's hat and was guest speaker for the York River chapter of King's Daughters in Gloucester. In May, I enjoyed painting en plein air at Rosewell. For the event, I purchased a special French easel that I put to use again in September painting outside at New Town Art Gallery.


In July and September, I participated in Pastel Society of Virginia art exhibitions. The first was at the Glen Allen Cultural Art Center.

In July we were treated to a trip to Crater Lake National Park in Oregon, planned by our daughter, Allison. Our other daughters, Alicia and Amy, participated as well, making this a very special event. Because of their extreme interest in Aviation, we spent one day at the Aviation Museum near Portland.


During September, October, and November, I was excited to be a visiting artist at New Town Art Gallery in Williamsburg. It was fun to get to know most of the gallery artists and to participate in gallery events.

In September, we spent a week in Hilton Head SC and then a week in Puerto Rico. Those warm weather memories will help us through a cold Virginia winter.

November, we hung a huge art exhibition of 11 of my largest paintings at the new Ward Center for Contemporary Art in Petersburg. The opening night for that show will take place, February 13, 2015. We also flew out to Sedona AZ, landing in Flagstaff for the first time.


In December, my dear friend, Mary Jane Tolley, hosted an art show open house for some of my work in her home. I loved meeting her friends and discussing my work with them.

Much more art than writing provided Notes Along the Way in 2014. Wonder what will happen in 2015 when my new book is released? We will soon see how the story of the artist in Evening of the Dragonfly will frame the new year.
Posted by Notes Along the Way with Mary Montague Sikes at 5:10 PM 3 comments:

On the Wings of an Angel - Merry Christmas

This year my artwork and the classes I have taught centered around experimental mixed media art in which I used tissue paper, heavy gel mediums, beaded gels and much more to create a variety of textures in my work. As I viewed one of the paintings I developed in this manner, I discovered an angel with a variety of  wing forms residing in the textures on my canvas. I wanted to paint a traditional angel, but I kept going back to this piece. "On the Wings of Angels" will be this year's card. The ones I mail will reach their recipients late, but I hope they will see and understand the image there.

Merry Christmas to All!

Posted by Notes Along the Way with Mary Montague Sikes at 9:32 AM 6 comments: 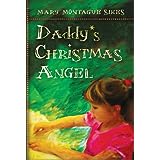 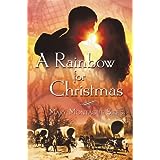 My latest book, Evening of the Dragonfly, will not be available until 2015, and that's a good thing. The holiday season is filled with many events, and I already have two Christmas-themed novels that are available on Amazon as print and as Kindle books. Daddy's Christmas Angel and A Rainbow for Christmas are both sweet romance stories that anyone in the family can enjoy. I just checked Amazon and discovered that those two books are priced at $2.99 each in Kindle for the holiday season. Both books are also available for sale in my gallery at Crossroads Art Center.

If you visit Crossroads, please go by and see the Metropolitan Richmond Artists Association show in Gallery One. My painting, "Dancing in the Trees", won third place in the juried exhibition. I used pastels, charcoal, and acrylics to create this painting on canvas board. Since I prefer working on stretched canvas, this is an unusual piece for me. It's also an unusual size, 30" x 15".

On December 13 and 14, Mary Jane Tolley, a dear friend of mine, is hosting an Art Open House in her home, featuring my paintings. Saturday, I will also create "Soul Song" paintings and poetry there for interested individuals. Anyone who would like an invitation to this special Art Open House event, please contact me by email.

This is an especially busy art week. On Wednesday, I am teaching a workshop, "Creating with Texture and Color", for Arts Alive at the West Point Pamunkey Regional Library. I keep hoping that a building will suddenly materialize in our town where artists can gather once or twice a month to paint or craft together. We have a workshop at the library almost every month which is wonderful. But, in addition, having a chance to work locally with other artists in a dedicated studio space would be a real joy.
Posted by Notes Along the Way with Mary Montague Sikes at 12:20 PM 5 comments:

Making an Artist the Heroine of a Novel

"Write what you know," they told me.

I did. I wrote about an artist.

"That will never do," they said. "Artists as heroines will never sell."

Those statements came years ago when I first started writing novels. I believed the editors of some of New York's most established publishing companies who wrote those words on my manuscripts.

I believed them and didn't break the rules. Other writers broke the rules and became well-known. Now I wish I had paid no attention to the rules. I should have remembered that "rules are made to be broken." (Wonder who said that?)

My latest book, Evening of the Dragonfly, features Farrah Ferand, an artist and a teacher with a few psychological issues, including repressed memories. It is a romance with growth, love, an artist studio, and art galleries.

I believe they were wrong. I believe my book with an artist heroine will sell. I wrote about what I love and what I know. You can't always follow the rules. Besides, maybe things have changed in the world of publishing.

What about you? Do you write about heroes and heroines doing the things you like most? Or do you follow the rules?
Posted by Notes Along the Way with Mary Montague Sikes at 2:52 PM 12 comments: