A couple of years ago when I completed a mixed water media painting, I thought it would someday become the cover of a book. As I studied the painting more closely, I discovered the image of a dragonfly emerging in the green and yellow mist, formed by spraying the surface of Yupo with beautiful paints created by Robert Doak in his Brooklyn studio. Because I had developed a special love of Dragonflies as I wrote my novel, Night Watch, I knew at that moment the painting would have special significance.

You can imagine how excited I was when dragonflies became a part of the story in my new novel, Evening of the Dragonfly. Like the dragonfly in the painting, these dragonflies emerged spontaneously and flew into my writing. I now had a book to go with my dragonfly painting. 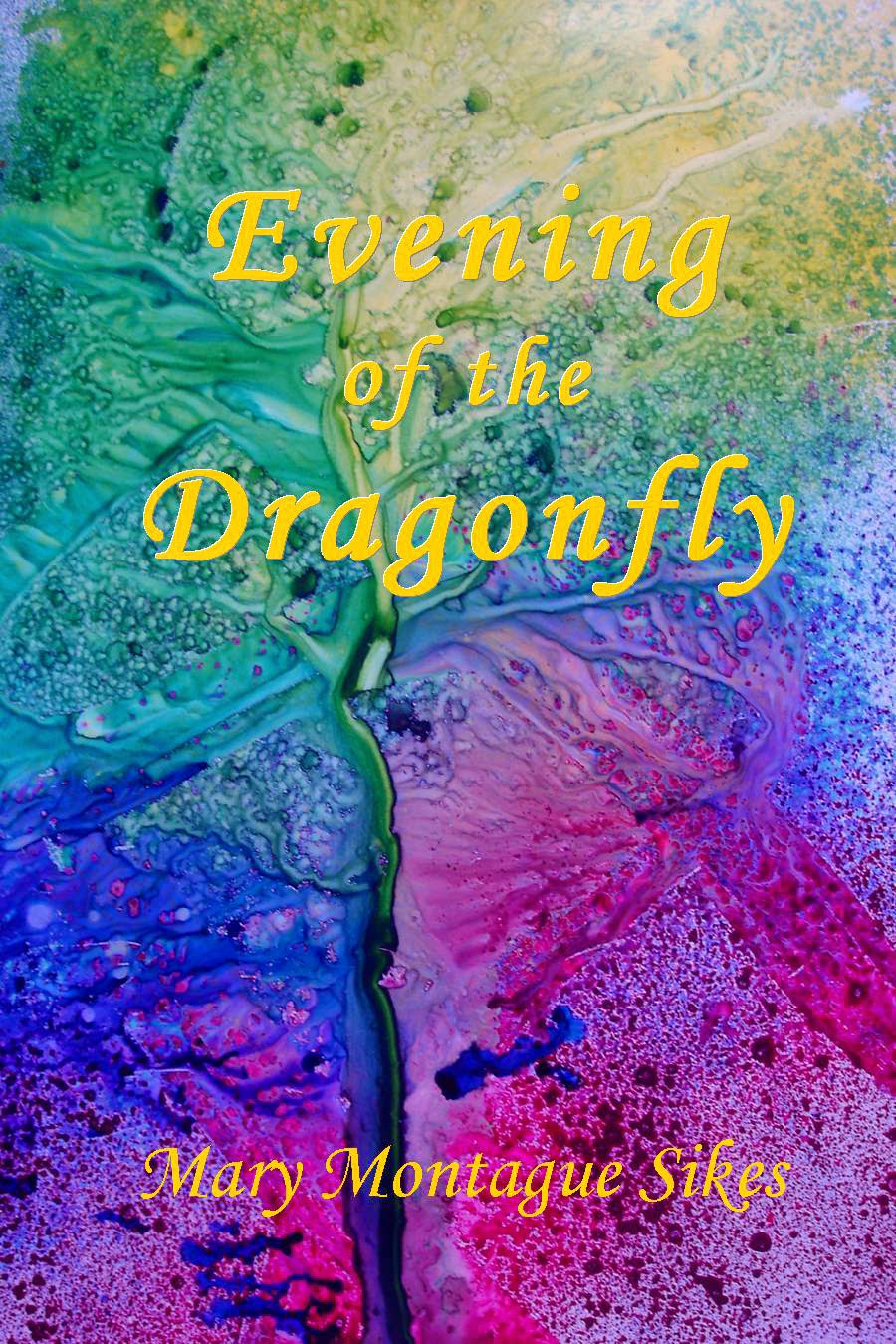 What is it about dragonflies? I've read that they are filled with magic and spiritual energy. They have the ability to travel into another dimension, then re-emerge. They relate to water and are able to move across it. They symbolize deeper meaning and growth beyond the limitations of the physical. The life of a dragonfly can be two to three years or more with most of that time spent in the aquatic phase.

Here is the final cover of the just-released book. I do not yet have a copy to hold in my hands. In the months to come, I hope that my readers will enjoy and understand the symbolism of the dragonflies in my story. I would love to hear thoughts on my book and, also, on the ways authors use symbolism in their own writing.

Posted by Notes Along the Way with Mary Montague Sikes at 1:56 PM

Mary, that is a brilliant cover! Congratulations on your latest book.

Mary, that is absolutely gorgeous. Most writers shouldn't do their own covers, but you are the exception.

I'm always happy when the dragonflies are swooping around me when I'm outside in the yard. It seems like they mostly converge on my yard!

Diane, thank you. I only did the art. The cover is by a cover designer who works for my publisher. A couple of my books have had photographs (not mine) for the cover art, and I haven't liked them as much.

Thanks, Amy. I'm glad you like it and that you have lots of dragonflies!

It makes a beautiful cover and one which intrigues me about the book itself. I hope you'll share the ordering info once the book is released.

Thank you, Karen. I will.