Saving the Alligators at the Jefferson Hotel

Over the years, one of the most fascinating stories I have encountered is that of the Jefferson Hotel in Richmond, Virginia where alligators once roamed in the lobby. According to hotel history, following a fire, renovations were made to the hotel soon after the turn of the 20th Century. Soon, live alligators were placed in the marble pools that were located next to the statue of Thomas Jefferson in the rotunda.

Over the years, people who had brought alligators home from Florida to keep as pets found that they were taking up too much space in their bathtubs, so they would bring the reptiles to join those already at the hotel. Some were left in containers on counters; others were deposited at doors.

Stories have it that bellmen would sweep alligators from the furniture upon their arrival in early morning. The exotic creatures became part of the hotel lore. One tale has it that an alligator once wandered into the hotel library and was mistaken for a footstool by a guest.

Old Pompey, the last of the resident alligators, died in 1948. Today, a bronze statue by an entrance
door pays homage to him.

Anyone who wants more alligators can also visit the Gators Gift Shop on the lower level of the hotel. You won't find live alligators there, but the stuffed toy variety might be more appealing anyway.

In my new book, An Artful Animal Alphabet, Old Pompey is part of the story that I think children will enjoy. My fascination with the Jefferson alligators continues. 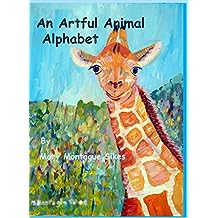 Posted by Notes Along the Way with Mary Montague Sikes at 2:13 PM

Probably a bit dangerous to keep alligators on site anyway. Surprised no one was chewed.

Great story, Monti. And this seems to be a theme recently. In our antique shop, when I pulled back the carpet in one section, I uncovered the spot where the "alligator pond" used to be. Before it was an antique shop, it was a road-side attraction herpetorium back in the 50's - before I-64 pulled the bulk of the traffic away from 250.
So as I was painting the concrete floor anyway, I left a little homage to the "gator pond". :) I wonder how many tourists brought back 'gators from their Florida vacations, then didn't know what to do with them.

It's sad that people take them from Florida as pets. Gators do not make good pets. I guess at least for a while, they had a place to take them when they got too big.

You could never do that today, Alex!

Thank you, Sofie. What a treasure for you to have that story to share. People were lucky to have some place to put unwanted alligators. Wonder if some were not put out into the wild. That's a concerning thought. It would be interesting to know more about the herpetorium!

Hopefully, people know better now, Diane. Wonder how long it takes for them to grow dangerous?